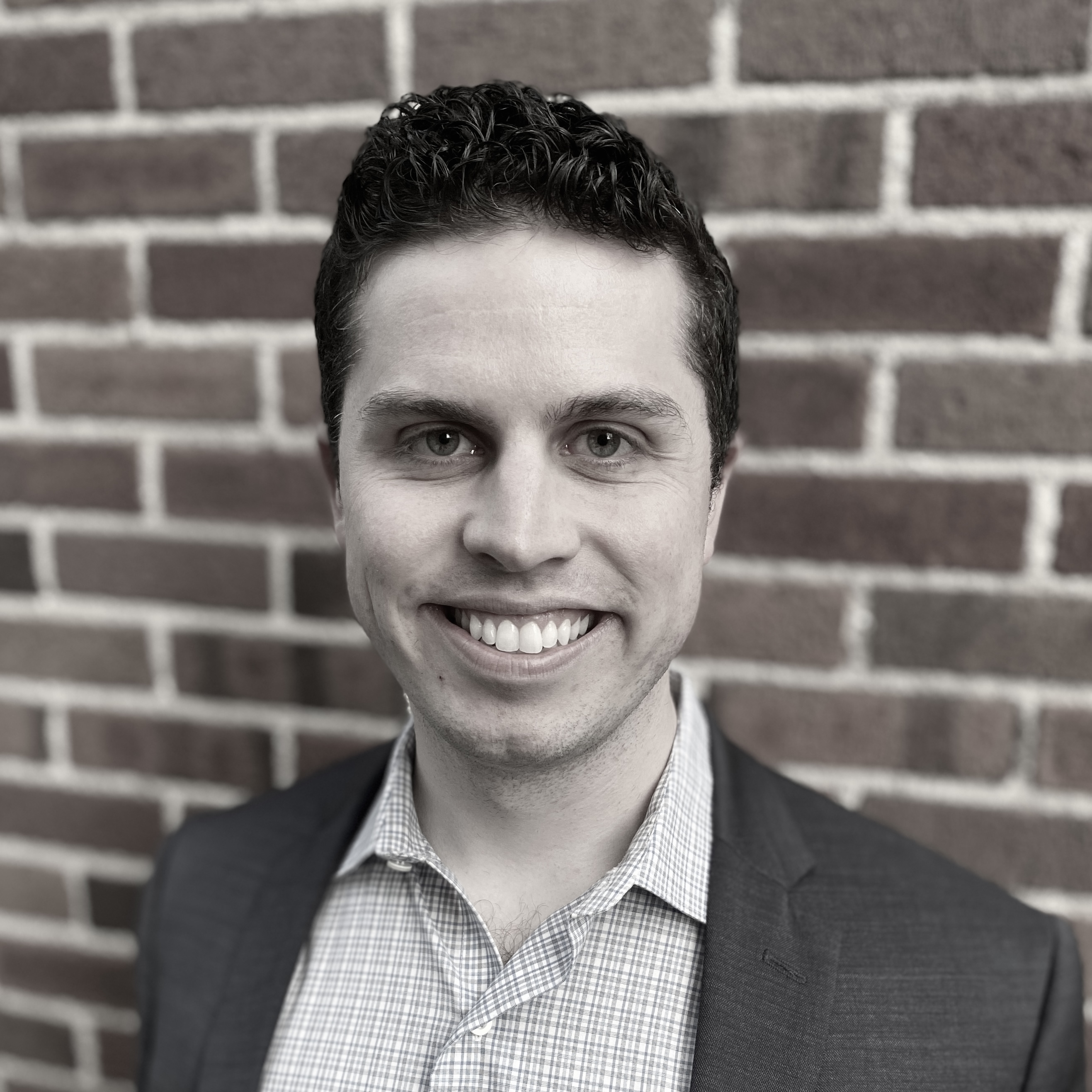 Joseph Zaino is a native of Columbus and graduated from THE Miami University in Oxford, OH with a degree in Zoology.  Joseph went on to receive his Doctorate of Dental Medicine from the University of Louisville in 2017.  While in Louisville, his faith was tested in many ways and a desire to build a faith-based community for young adults was fostered.  Upon his return to Columbus in the summer of 2017, Joseph contacted YCP National to start the process of bringing Young Catholic Professionals to Columbus.  The Holy Spirit guided the future team that would start YCP Columbus and in October of 2018, YCP Columbus officially launched.  Joseph currently works as a dentist for Health Partners of Western Ohio, a public health organization.  Yet to be impeached or fall victim to a coup, Joseph has served as the chapter president (or “Your Highness” as the team prefers to call him) since YCP Columbus’ inception. 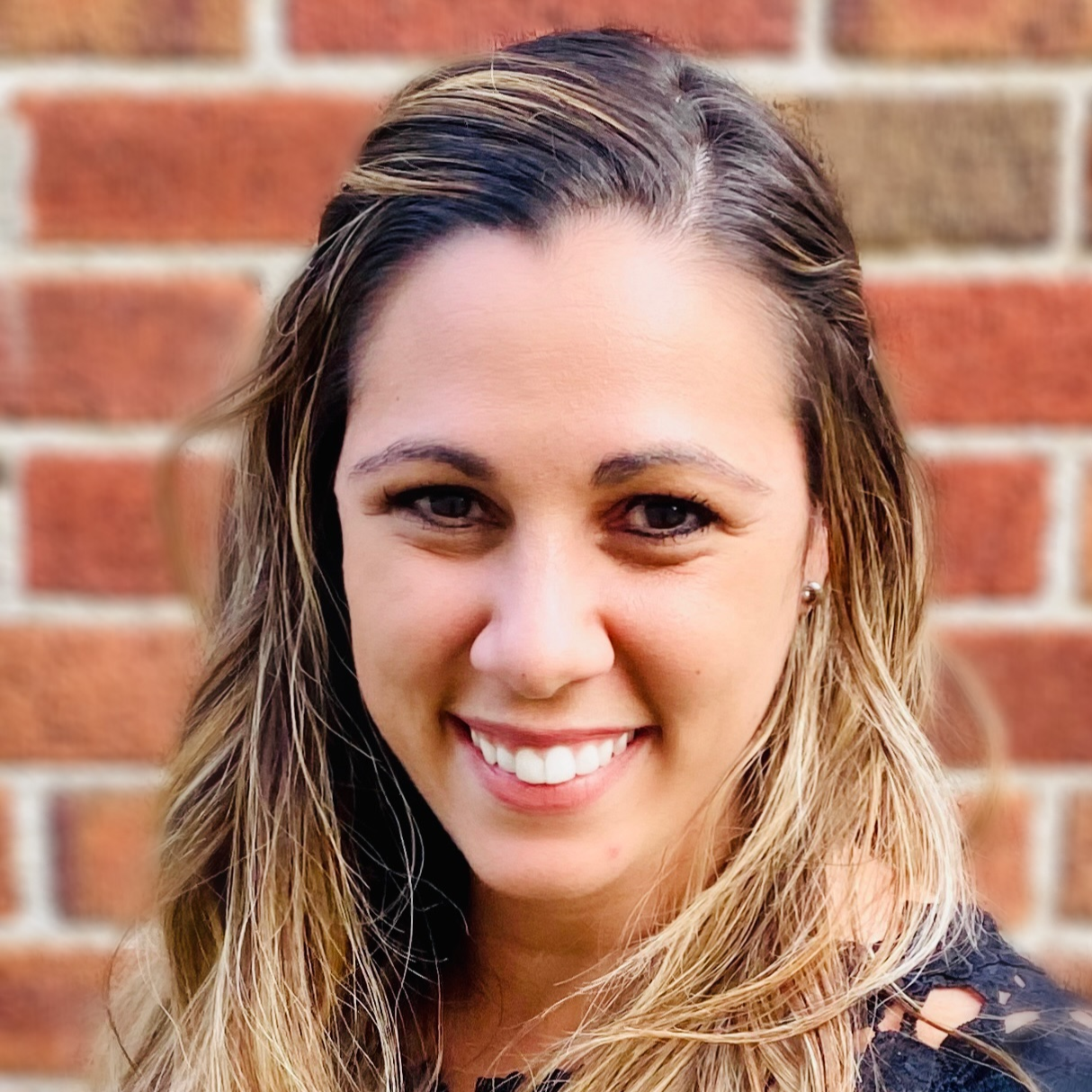 After being nagged to write a bio by His Highness, Joseph Zaino, Amanda George Goodman reluctantly submits this biography.  Amanda spent her formative years in Buffalo, NY where she taught 4th grade Sunday school and became a chicken wing connoisseur.  Amanda attended John Carroll University in Cleveland, majoring in psychology and economics.  Amanda decided to stay an additional year to rack up debt earn an MBA.  After business school, Amanda fulfilled her calling of going really far into student loan debt to law school at THE Ohio State University Moritz College of Law.  Amanda has been an attorney at the Ohio Legislative Service Commission (the government agency that drafts legislation and conducts research for every member of the Ohio General Assembly) for eight years.  In her free time, Amanda plays softball, volleyball, attends (and organizes) trivia nights, teaches Kindergarten/1st grade Sunday school at St. Christopher and talks to anyone who will listen about animal law and hunting and fishing regulations.  Amanda married Alex Goodman in August, 2018, and he does an excellent job of putting up with her shenanigans.  A founding member of YCP Columbus, Amanda assumed the role of Director of Operations in January of 2019, which she insists is just a fancy name for party planner. 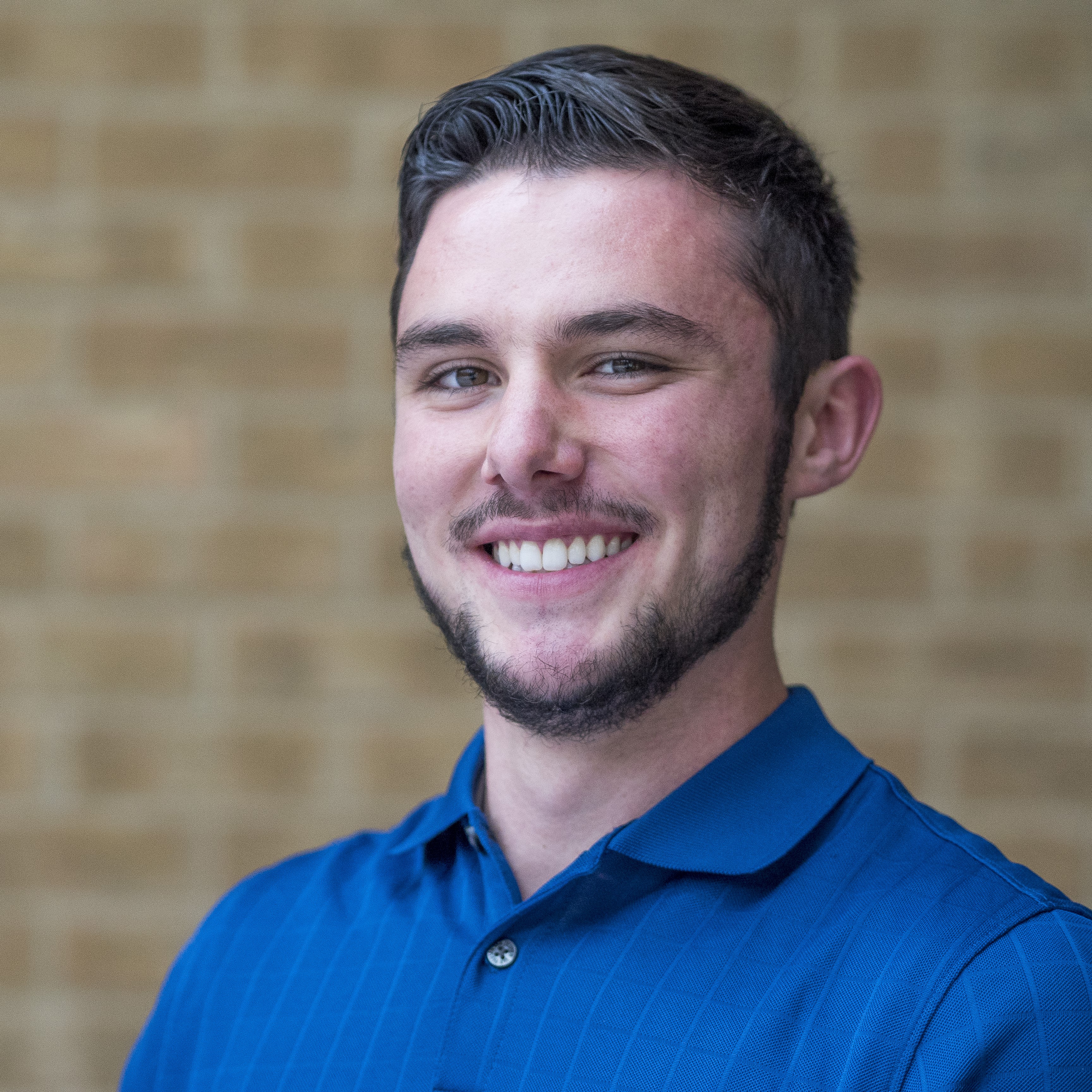 Michael Weisenburger moved to Columbus in the Fall of 2017 to study at THE Ohio State University’s Fisher College of Business.  He grew up in a practicing Catholic family of 8.  He began to take singular ownership of his Catholic faith during undergrad at The University of Dallas, a Catholic liberal arts university in Texas.  Upon arriving in Columbus, he began connecting with other Catholics in the young professional community.  He quickly realized the overwhelming need for a wider reaching young professional organization designed to connect and build community among young individuals in every stage of their spiritual journey – especially Catholics.  Shortly thereafter, Michael met Joseph Zaino who shared a similar vision and desired to use their unique talents to build a Young Catholic Professionals chapter,  guided by the Holy Spirit, to help foster vibrant faith and community in the young professional demographic.  Michael, a licensed CPA, began his career as an auditor for Ernst and Young.  Michael now works in financial planning and analysis for NiSource Incorporated, a Fortune 500  power and utility company.  Michael has served on the YCP Columbus leadership team since its founding in 2018. 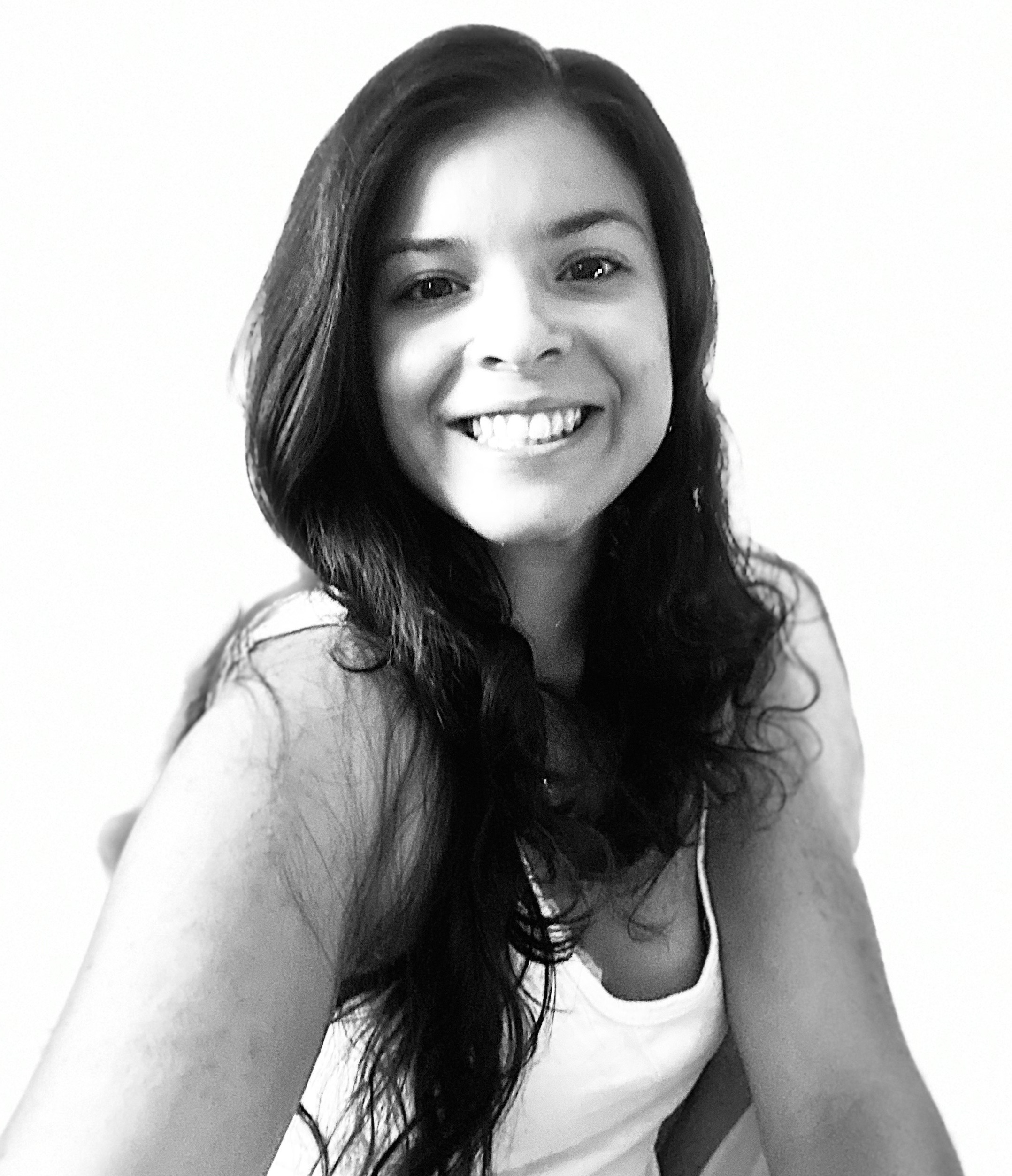 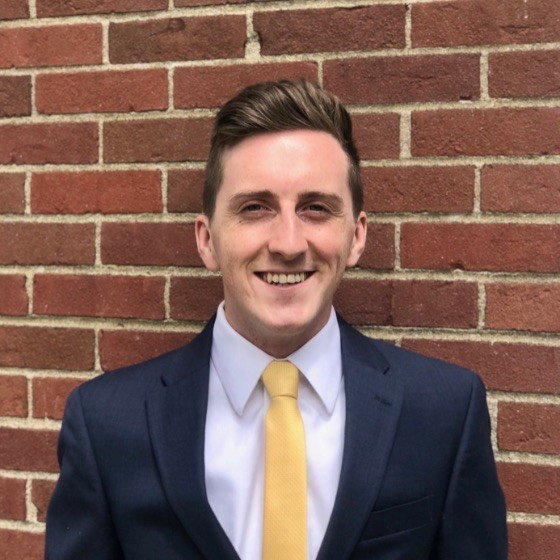 Theodore Madrid moved at a young age from California to Ohio where he grew up in a strong Catholic family, the 9th of 11 children, attending St. Patrick’s parish.  He earned his bachelor's degree in philosophy and humanities from the Pontifical College Josephinum from 2014 to 2018 and in 2019 studied further at St. Charles Borromeo in Philadelphia.  After finishing his undergraduate studies and entering the workforce, Theodore quickly realized the need for a strong Catholic community in living out his mission and vocation as a young Catholic professional and found that community in YCP.  Attending his first event in the fall of 2019, he was struck by the vibrancy of the community, the quality of the programming, and the spiritual fruit coming out of the shared purpose of so many young Catholics.  Immediately becoming a regular attendee and an enthusiast, he was brought on as the Director of Marketing in 2020.  Theodore previously worked in project management at Columbus Heating and Ventilating and now works as a patient access coordinator for THE Ohio State University Wexner Medical Center. He is also currently studying at THE Ohio State University graduate college of Nursing. 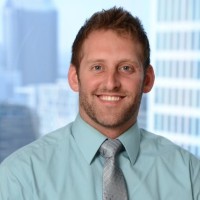 Bradley Boyd grew up in Westerville, Ohio where he attended St. Paul followed by St. Francis DeSales High school.  Brad graduated with an MBA from the University of Dayton, along with a degree in Accounting & Finance.  During his time at UD, he ran cross country and track as an all-academic division I athlete.

Even with a strong Catholic upbringing, Brad took his faith for granted during his younger years and did not fully appreciate how meaningful and important it was to him.  After graduating from UD, Brad had a near-death experience that changed his faith life.  When riding an ATV in the mountains, Brad flipped the ATV and fell 50 feet down the side of the mountain before hitting the ground.  Our Lord was watching out for Brad, and he managed to escape with only minor injuries.  After such an experience, Brad became dramatically aware of how important God and his strong Catholic upbringing was to him.  Since this, Brad has not turned back and he has continued to grow closer to God.  In March of 2019, Brad joined the leadership team of YCP Columbus to not only strengthen his own faith, but to help build a community of professionals where all can feel welcome sharing their own experiences and reinforcing their faith.

Brad is a registered CPA and works downtown. He enjoys golfing, watching the Columbus Blue Jackets and kayaking with his dog Britney. 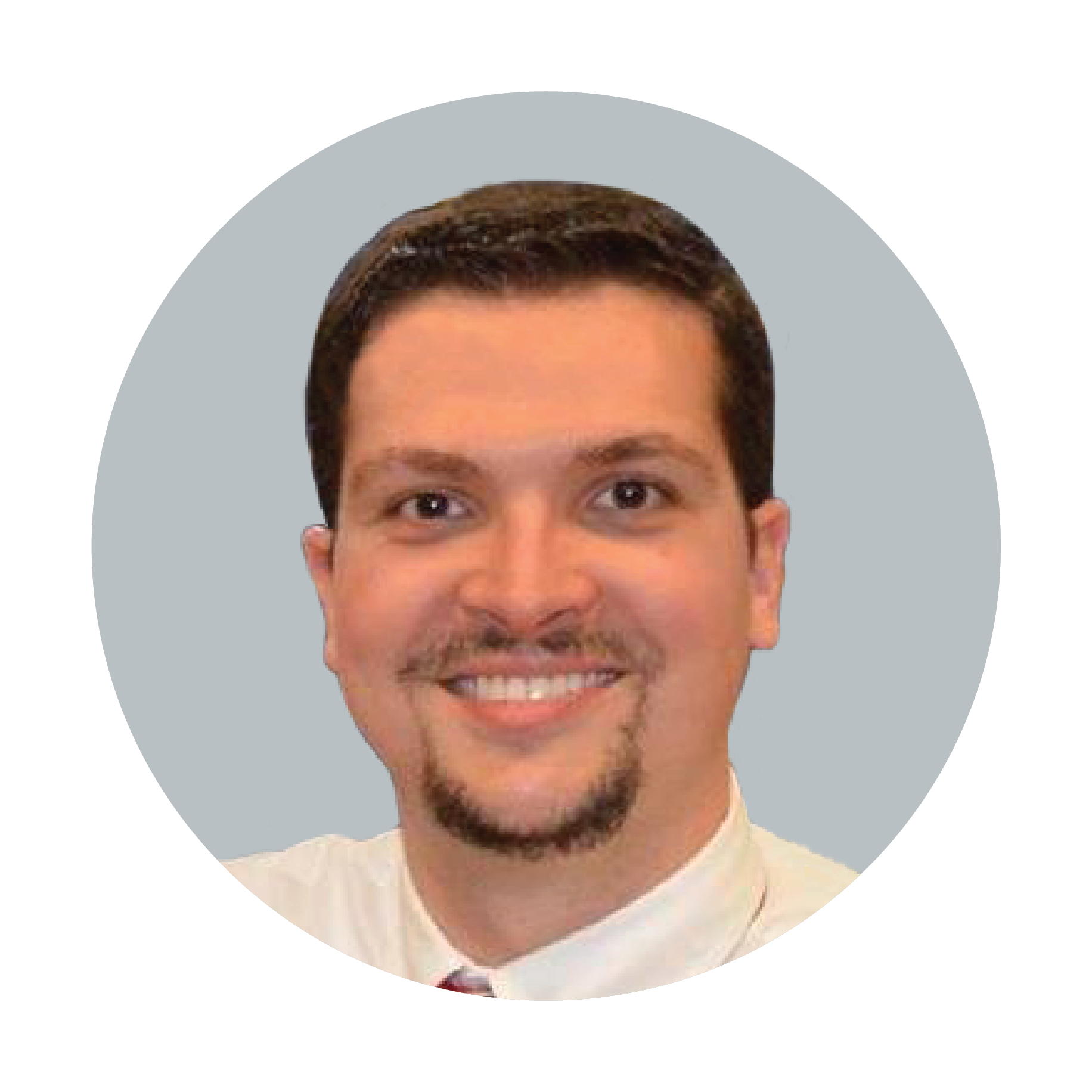 Jack Rees was born in Columbus, Ohio and was raised Catholic alongside his brother and sister.  He attended Catholic schools and graduated from THE Ohio Dominican University in 2015 with a degree in graphic design.  Throughout Jack’s life, his family taught him three key components to a successful life: faith, family, and education.  Faith in the Lord brings a positive outlook on life and provides strength during times of trouble.  Family is the biggest support role in anybody’s life.  Family will always be there for advice, positivity, and comfort.  Education is essential to a successful life.  The more you know, the more you grow.  Jack joined the YCP Columbus leadership as the Director of Membership in 2020. 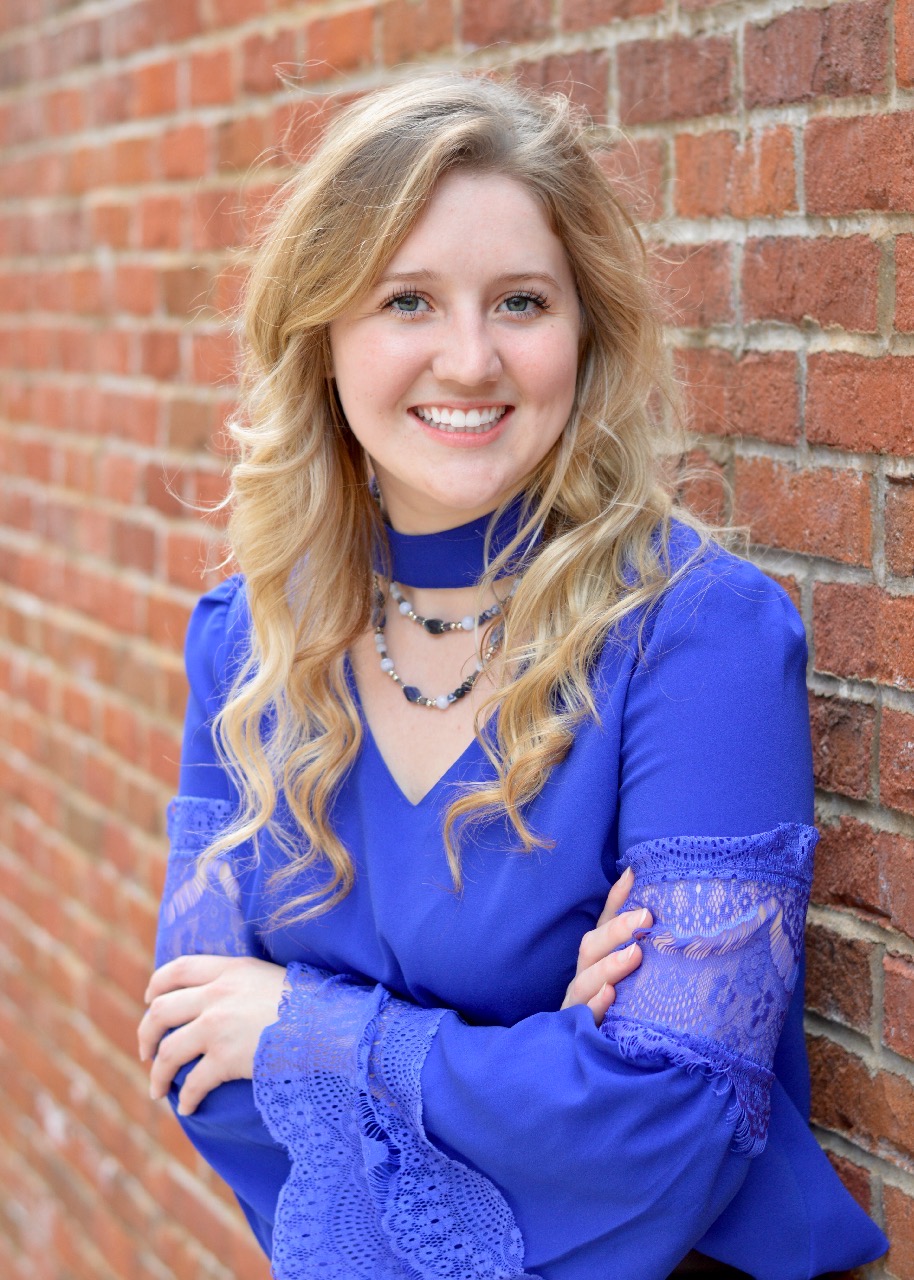 heresa LeChard grew up in Centerburg, Ohio and along with her five siblings was raised Catholic.  She was homeschooled through elementary, and attended Centerburg middle through high school.  After graduation in 2015, she attended Franciscan University of Steubenville, Ohio where she graduated in three years with a degree in business finance and a minor in accounting.  With much prayer, she accepted a job in Delaware, Ohio in June of 2018.

Theresa currently works with Edward Jones Investments as a financial advisor.v She is very active serving the families of Delaware county.  She adopts a holistic approach to advising where she implements a plan that extends for generations to come.  She strives to be a positive, empathetic, and caring presence in her community.  In the 2019-2020 school year, she was a freshman youth group leader at her church, Saint John Neumann Parish in Sunbury.  She has been a part of the Young Catholic Professionals of Columbus leadership team since 2019.  She brings an energetic aspect to the Director of Evangelization position within the organization. 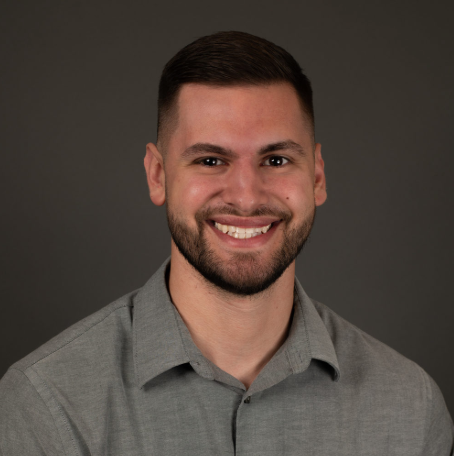 Kevin Perry grew up in Tiffin, OH and was raised Catholic along with his 3 siblings.  He attended Catholic schools all the way through college and was the recipient of the Bishop’s Cross Award his senior year of high school.  Kevin graduated from Walsh University with degrees in business management and marketing.  After graduation, answered prayers led him to Columbus, where he’s been working and living out his faith since January 2015.

Kevin currently works as a business consultant for Revolution Group, an IT consulting company located in Westerville.  He also stays active in the community, serving as the Leader of the Columbus Salesforce User Group, RCIA Sponsor, member of Columbus Young Professionals, and volunteer for multiple organizations such as Habitat for Humanity and Boys and Girls Club.  Kevin brings his volunteer experience to YCP Columbus, where has served as the Director of Volunteering since 2019. 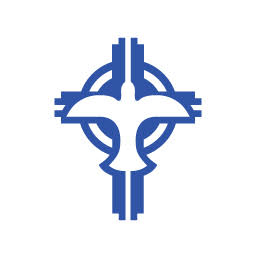 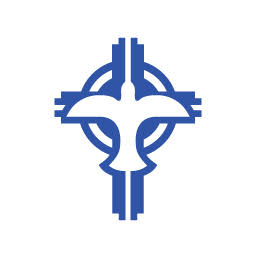 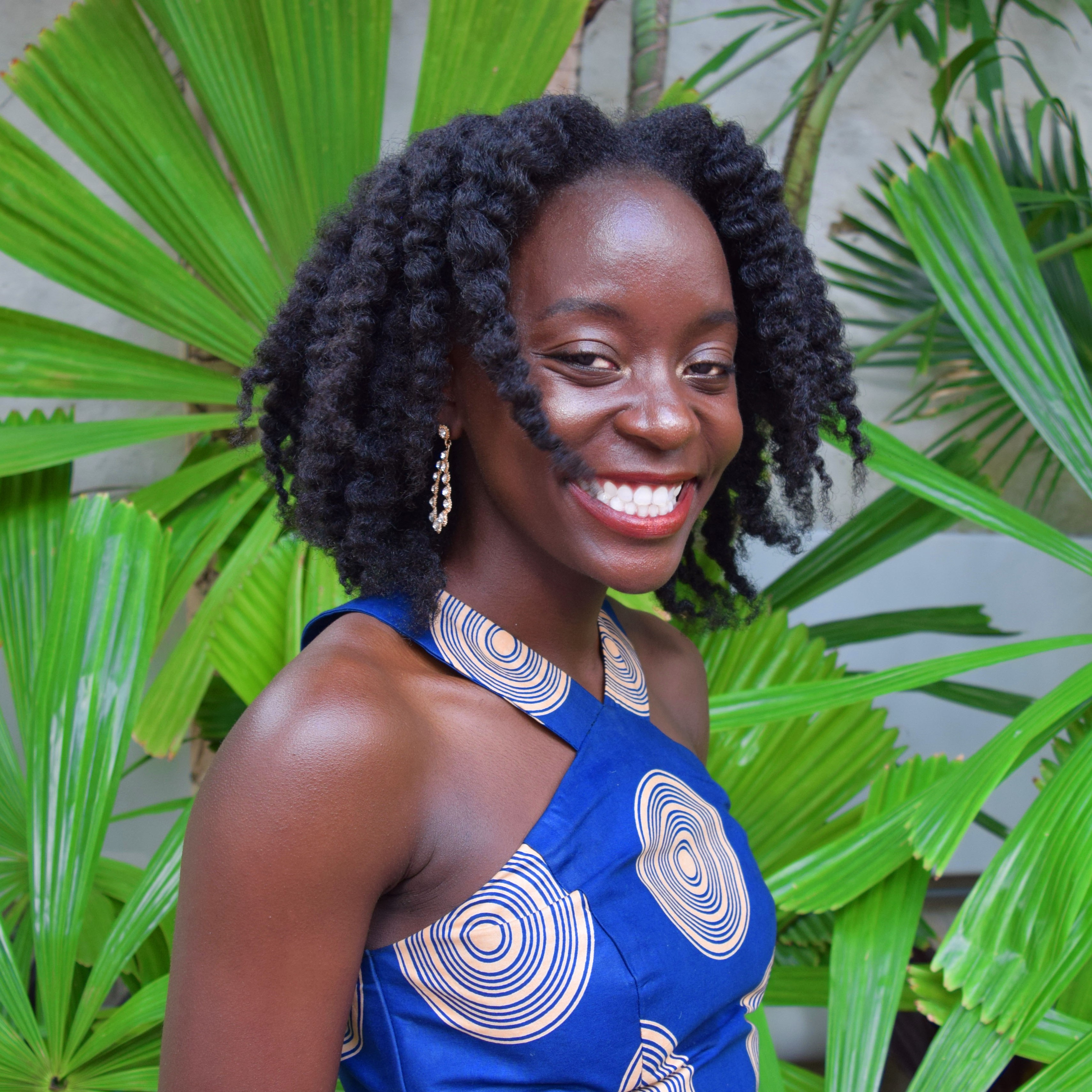 Ambassador for The Toltonites
BIO

Adorabelle Namigadde is a woman striving to grow in love and freedom through following Christ's commands. She reports for Columbus' NPR affiliate and moved to Columbus after a stint in television news in her home state, Michigan.

Adorabelle is the eldest of four children and tries to orient her life around fulfilling her relational roles well: daughter, colleague, friend and sister. She is the child of Ugandan immigrants and loves to run, spend time with people and find cute outfits at thrift stores.

Adorabelle leads The Toltonites, a group that seeks to evangelize racial and ethnic minorities, and to also give a space for such people who are Catholic to share their experiences and grow in relationship with one another and the Lord.  For more information about The Toltonites and how to get involved, check out the 'Groups' section under the 'Columbus' tab above. 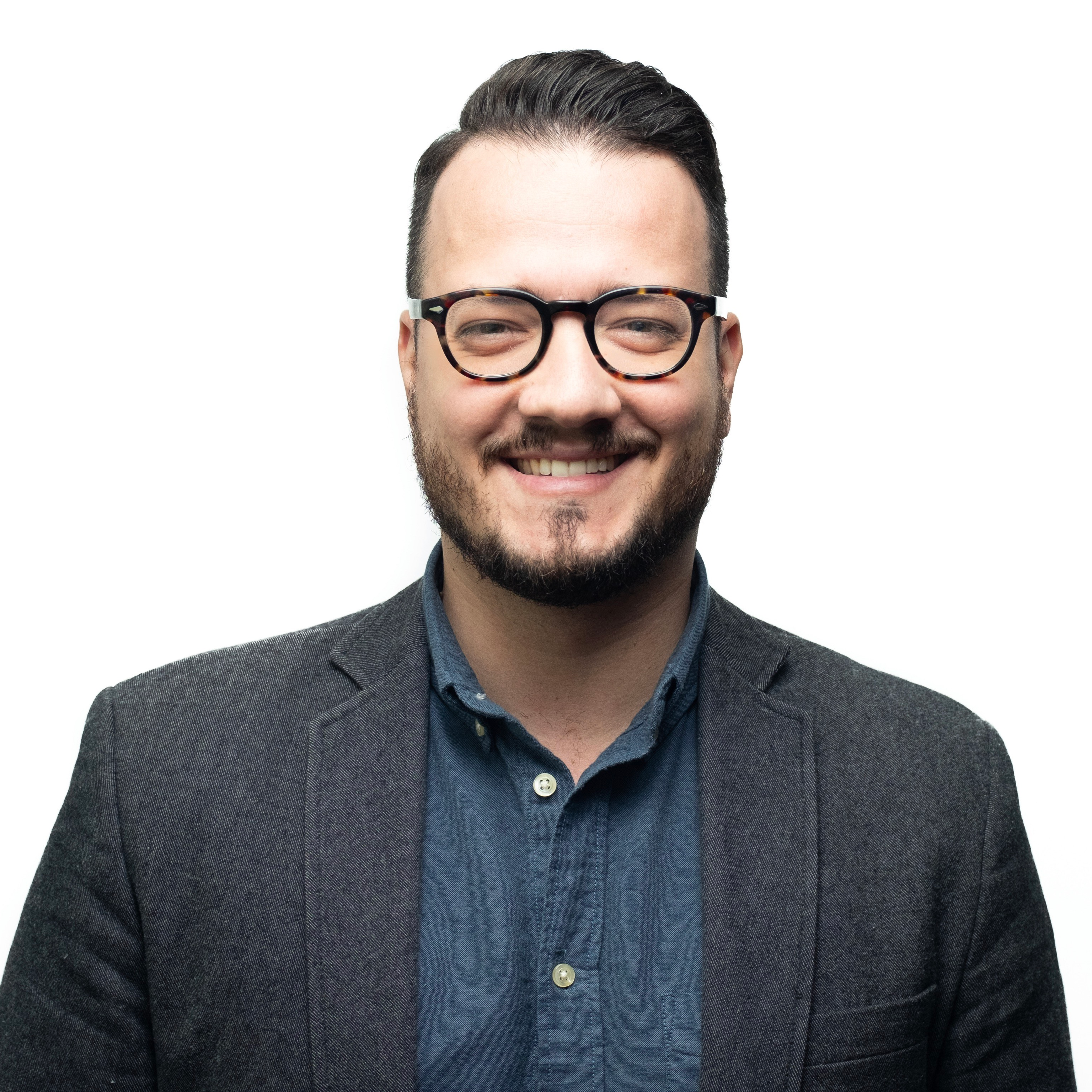 Denis Veneziano was born and raised in Italy, along with his older brother and younger sister. A cradle Catholic, Denis has always been exposed to American culture thanks to his mother, a Detroit native.  During his college years he encountered Opus Dei through which he received additional formation in his faith to the point of becoming a Cooperator for the Prelature.  After earning his Masters Degree in Architectural Engineering and becoming a licensed Professional Engineer, he decided to move to the US to start a new chapter in life.  He first settled in Detroit where he started working for different architectural firms in its metro area.  It’s in the Motor City that he learned about the birth of the YCP Detroit chapter for which he became an active participant since it’s kickoff in August 2017.  He also became involved with his local church by volunteering in youth ministry, Catechism teaching, local shelters, as well as becoming a Stephen Minister - a Christ centered caregiving ministry for men and women who are experiencing profound crisis' in life.

Tired of seeing the Detroit Lions lose, Denis decided to move to Columbus in February, 2019, where he accepted a position as a Senior Project Manager for an architectural firm downtown.  Eager to continue his involvement in the Catholic community, Denis joined the leadership team of the St. Christopher Young Adult Group and only recently became a member of the YCP Columbus leadership team.  He firmly believes in the need to engage in virtuous leadership as a way to empower people and build better communities.

For more information about St. Christopher parish and how to get involved, check out the 'Groups' section under the 'Columbus' tab above. 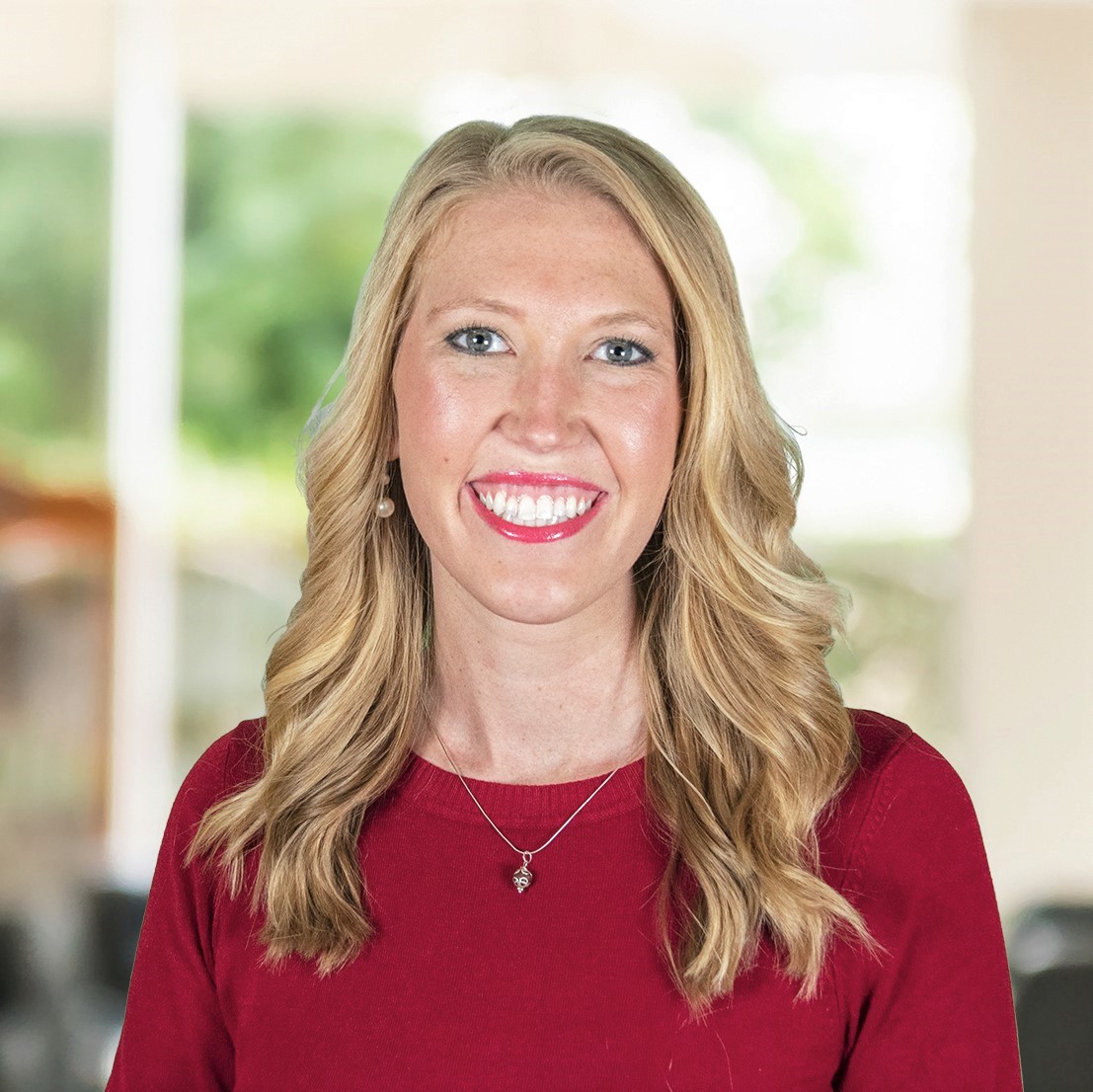